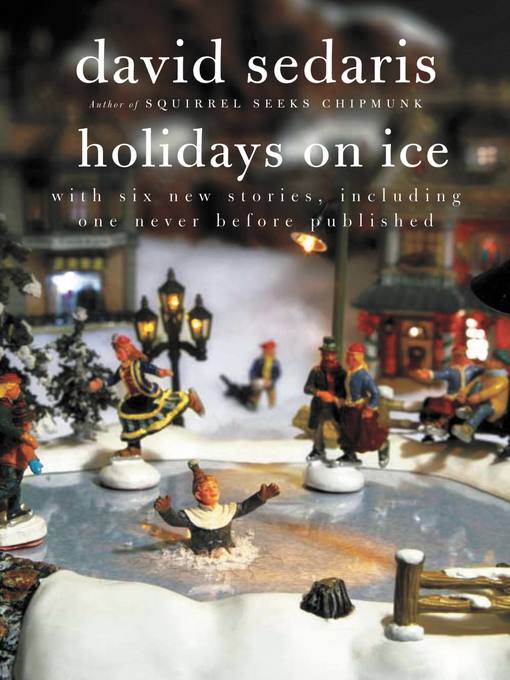 It’s hard to describe David Sedaris to those who’ve never read him. Mixing autobiographical details with sharp sarcasm and social commentary, Sedaris can probably best be described as a ’90s version of brilliant humorist Jean Shepherd (who did his own scathing take on the holiday season with the film A Christmas Story). Sedaris’ essays and stories are at once hilarious, heartbreaking, and thought-provoking. His new anthology, Holidays on Ice, collects three previously released stories and essays and offers three brand-new ones; all revolve around Christmas. “SantaLand Diaries,” which originally appeared in “Barrel Fever,” leads off the collection and may be Sedaris’s best-known work. A laugh-out-loud-hysterical look at Sedaris’s experiences working as an elf in SantaLand in Macy’s, the story is a wickedly funny slicing-and-dicing of the holiday season and the good cheer that supposedly accompanies it. His dark humor is exactly what you need when you’re getting sick of all the fuss about Christmas.