Book Buzz TitlesI Hope You Get This Message
New 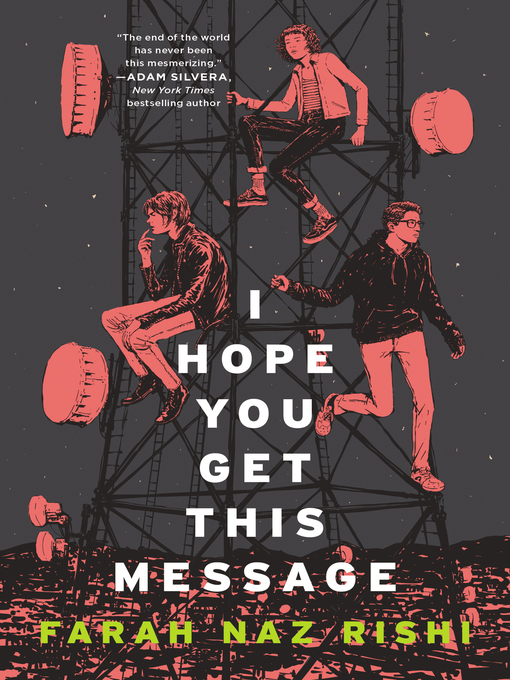 In this high concept YA novel debut that’s We All Looked Up meets The Sun Is Also a Star, three teens must face down the mistakes of their past after they learn that life on Earth might end in less than a week.

News stations across the country are reporting mysterious messages that Earth has been receiving from a planet—Alma—claiming to be its creator. If they’re being interpreted correctly, in seven days Alma will hit the kill switch on their “colony” Earth.

True or not, for teenagers Jesse Hewitt, Cate Collins, and Adeem Khan, the prospect of this ticking time bomb will change their lives forever.

Jesse, who has been dealt one bad blow after another, wonders if it even matters what happens to the world. Cate, on the other hand, is desperate to use this time to find the father she never met. And Adeem, who hasn’t spoken to his estranged sister in years, must find out if he has it in him to forgive her for leaving.

With only a week to face their truths and right their wrongs, Jesse, Cate, and Adeem’s paths collide as their worlds are pulled apart.