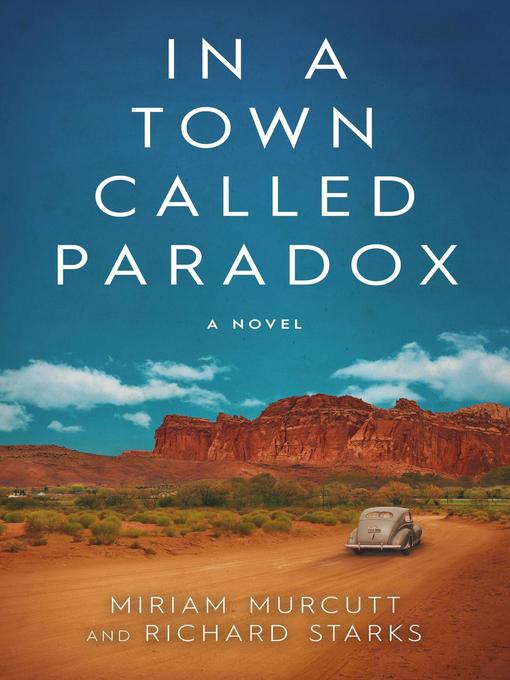 “I wasn’t looking for Marilyn Monroe when I bumped into her, even though I knew she was in town filming River of No Return…”

So begins In a Town Called Paradox, which asks the question: If each of us has a life story, then who determines how it unfolds and how it should end?

After her mother’s untimely death, the young Corin Dunbar is banished to live with her aunt Jessie, an obsessively religious spinster who runs a failing cattle ranch near a speck of a town called Paradox in southeast Utah. It’s the mid-1950s, and Corin hates her new life until the Big Five Hollywood studios arrive, lured by the fiery red-rock scenery that provides a perfect backdrop to the blockbuster Westerns they plan to film. Overnight, Paradox is transformed from a rural backwater to a playground for glamorous stars like Marilyn Monroe and Rock Hudson.

Seduced by the glitz of the movies, Corin finds work with the studios, but after a brush with the casting couch, she channels her growing ambitions into saving the ranch—the jewel of the Dunbar family for three generations. When she falls for a charismatic stranger, her future seems bright, but a tragic accident she believes is her fault wrecks her dreams and forces her to make an agonizing decision that will change the course of her life.

Told mainly by Corin—now a middle-aged woman haunted by this watershed moment—In a Town Called Paradox is a compelling read that redefines the meaning of love.