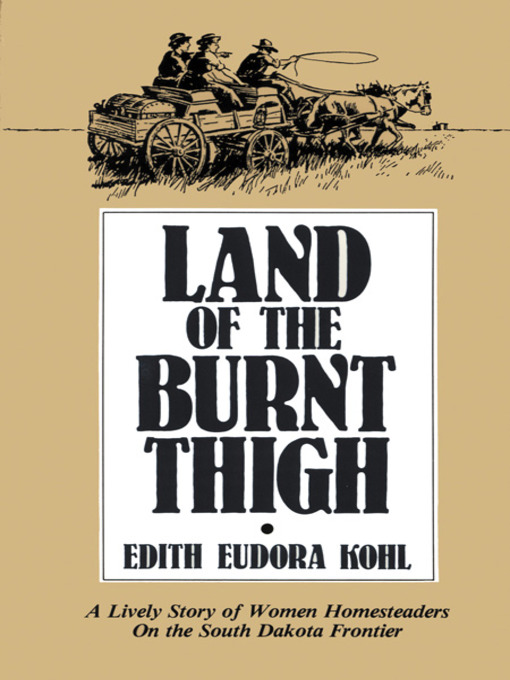 Among the hordes of homesteaders who settled the American West were thousands of single women who hoped to gain for themselves a piece of land and the money and satisfaction that came along with it. The memoirs of many of these self-described “girl homesteaders,” long ignored by historians, show the significant impact these women had on their communities. Edith Eudora Ammons and her sister Ida Mary moved to central South Dakota in 1907 to try homesteading near the “Land of the Burnt Thigh”–the Lower Brule Indian Reservation. These two young women, both in their twenties and “timid as mice,” found a community of homesteaders (including several other single women) who were eager to help them succeed at what looked to be impossible: living in a tiny tarpaper shack on 160 waterless, sunbaked, and snowblasted acres for eight months until they could “prove up” the claim.