Book Buzz TitlesProust Was a Neuroscientist 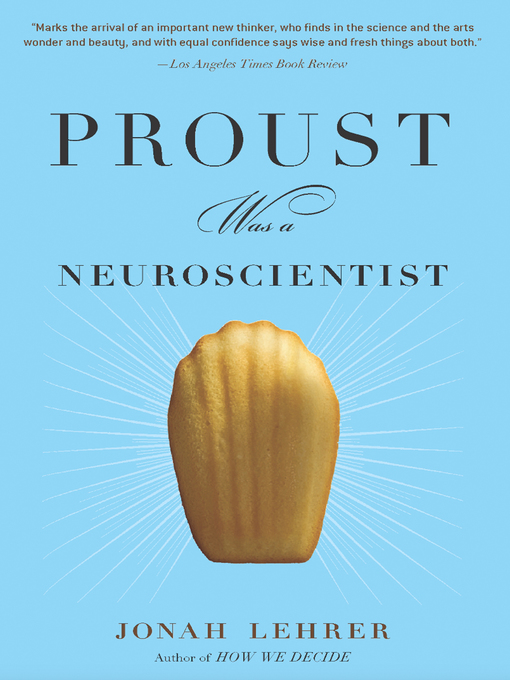 Since the dawn of the modern age, science’s greatest contribution to the world has been its ability to unravel the mystery, to break down the inner working of the universe to its component parts: atoms and genes. Its greatest detriment to the world has been its unfettered desire to play with and alter them: science for science’s sake, as if it offered the only path to knowledge.

According to Lehrer, when it comes to the human brain, the world of art unraveled such mysteries long before the neuroscientists: “This book is about artists who anticipated the discoveries of science who discovered truths about the human mind that science is only now discovering.” Proust Was a Neuroscientist is a dazzling inquiry into the nature of the mind and of the truths harvested by its first explorers: artists like Walt Whitman, George Eliot, Auguste Escoffier, Marcel Proust, Paul Cezanne, Igor Stravinsky, Gertrude Stein, and Virginia Woolf. What they understood intuitively and expressed through their respective art forms — the fallibility of memory, the malleability of the brain, the subtleties of vision, and the deep structure of language — science has only now begun to measure and confirm.

Blending biography, criticism, and science writing, Lehrer offers a lucid examination of eight artistic thinkers who lit the path toward a greater understanding of the human mind and a deeper appreciation of the ineffable mystery of life.