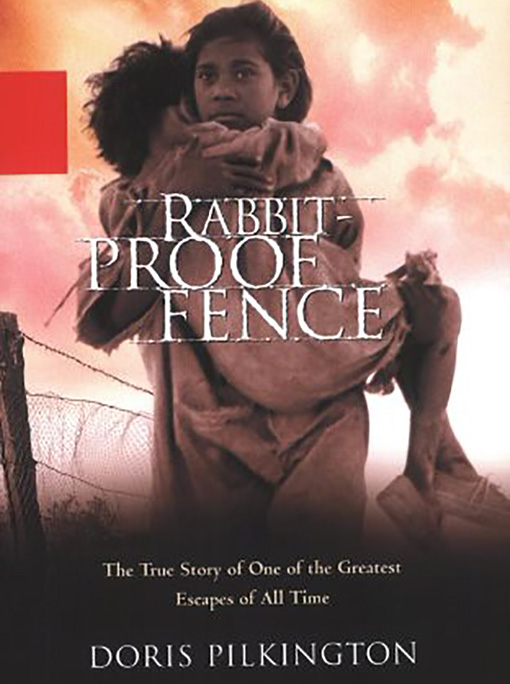 The remarkable true story of three young girls who cross the harsh Australian desert on foot to return to their home.

Following an Australian government edict in 1931, black aboriginal children and children of mixed marriages were gathered up by whites and taken to settlements to be assimilated. In Rabbit-Proof Fence, award-winning author Doris Pilkington traces the captivating story of her mother, Molly, one of three young girls uprooted from her community in Southwestern Australia and taken to the Moore River Native Settlement. At the settlement, Milly and her relatives Gracie and Daisy were forbidden to speak their native language, forced to abandon their aboriginal heritage, and taught to be culturally white. After regular stays in solitary confinement, the three girls scared and homesick planned and executed a daring escape from the grim camp, with its harsh life of padlocks, barred windows, and hard cold beds.

The girls headed for the nearby rabbit-proof fence that stretched over 1,000 miles through the desert toward their home. Their journey lasted over a month, and they survived on everything from emus to feral cats, while narrowly avoiding the police, professional trackers, and hostile white settlers. Their story is a truly moving tale of defiance and resilience.