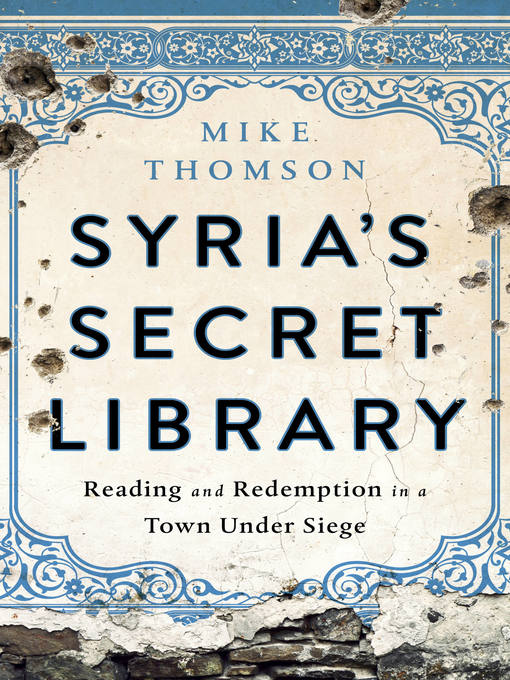 The remarkable story of a small, makeshift library in the town of Daraya, and the people who found hope and humanity in its books during a four-year siege.

Daraya lies on the fringe of Damascus, just southwest of the Syrian capital. Yet for four years it lived in another world. Besieged by government forces early in the Syrian Civil War, its people were deprived of food, bombarded by heavy artillery, and under the constant fire of snipers. But deep beneath this scene of frightening devastation lay a hidden library. While the streets above echoed with shelling and rifle fire, the secret world below was a haven of books.

Long rows of well-thumbed volumes lined almost every wall: bloated editions with grand leather covers, pocket-sized guides to Syrian poetry, and no-nonsense reference books, all arranged in well-ordered lines. But this precious horde was not bought from publishers or loaned by other libraries–they were the books salvaged and scavenged at great personal risk from the doomed city above.

The story of this extraordinary place and the people who found purpose and refuge in it is one of hope, human resilience, and above all, the timeless, universal love of literature and the compassion and wisdom it fosters.