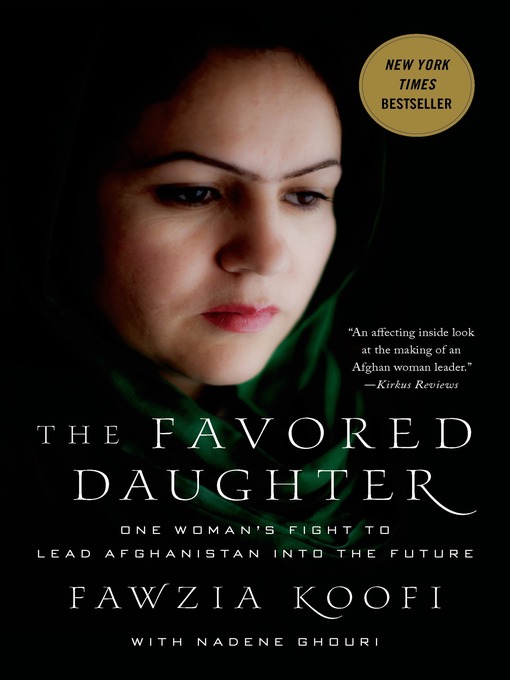 The nineteenth daughter of a local village leader in rural Afghanistan, Fawzia Koofi was left to die in the sun after birth by her mother. But she survived, and perseverance in the face of extreme hardship has defined her life ever since. Despite the abuse of her family, the exploitative Russian and Taliban regimes, the murders of her father, brother, and husband, and numerous attempts on her life, she rose to become the first Afghani woman Parliament speaker. Here, she shares her amazing story, punctuated by a series of poignant letters she wrote to her two daughters before each political trip—letters describing the future and freedoms she dreamed of for them and for all the women of Afghanistan.

Her story movingly captures the political and cultural moment in Afghanistan, a country caught between the hope of progress and the bitter truth of history.