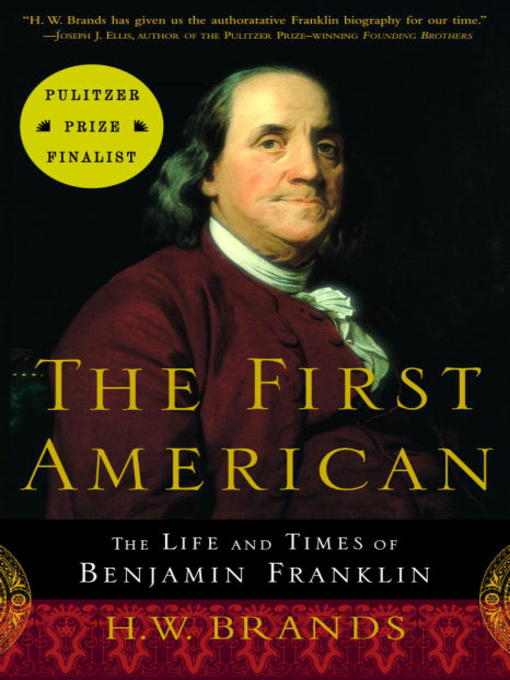 He was the foremost American of his day, yet today he is little more than a mythic caricature in the public imagination. Benjamin Franklin, perhaps the pivotal figure in colonial and revolutionary America, comes vividly to life in this masterly biography.

Wit, diplomat, scientist, philosopher, businessman, inventor, and bon vivant, Benjamin Franklin was in every respect America’s first Renaissance man. From penniless runaway to highly successful printer, from ardently loyal subject of Britain to architect of an alliance with France that ensured America’s independence, Franklin went from obscurity to become one of the world’s most admired figures, whose circle included the likes of Voltaire, Hume, Burke, and Kant. Drawing on previously unpublished letters and a host of other sources, acclaimed historian H. W. Brands has written a thoroughly engaging biography of the eighteenth-century genius. A much needed reminder of Franklin’s greatness and humanity, The First American is a work of meticulous scholarship that provides a magnificent tour of a legendary historical figure, a vital era in American life, and the countless arenas in which the protean Franklin left his legacy.