Book Buzz TitlesVaccines Did Not Cause Rachel's Autism 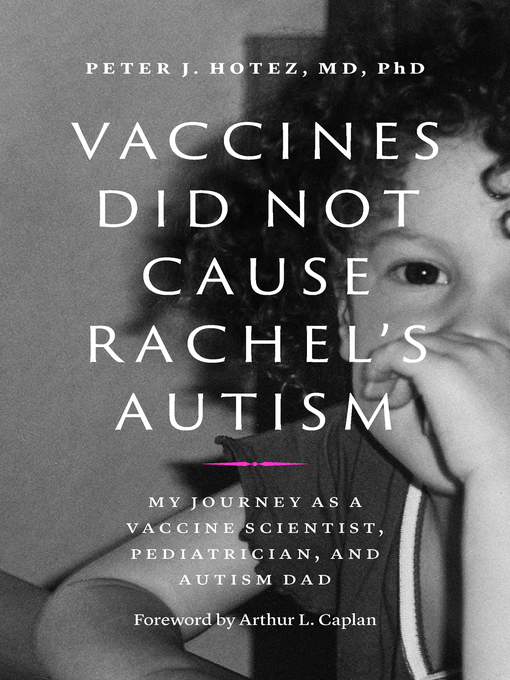 In 1994, Peter J. Hotez’s nineteen-month-old daughter, Rachel, was diagnosed with autism. Dr. Hotez, a pediatrician-scientist who develops vaccines for neglected tropical diseases affecting the world’s poorest people, became troubled by the decades-long rise of the influential anti-vaccine community and their inescapable narrative around childhood vaccines and autism. The alleged link between the two was first espoused in a fraudulent scientific paper, long since retracted, but the story shows no signs of letting up. As a result, we’ve seen deadly and disabling outbreaks of vaccine-preventable diseases around the country, and Texas, where Hotez lives, is at particular risk.

In Vaccines Did Not Cause Rachel’s Autism, Hotez draws on his experiences as a pediatrician, vaccine scientist, and father of an autistic child. Outlining the arguments on both sides of the debate, he examines the science that refutes the concerns of the anti-vaccine movement, debunks current conspiracy theories alleging a cover-up by the CDC, and critiques the scientific community’s failure to effectively communicate the facts about vaccines and autism to the general public, all while sharing his very personal story of raising a now-adult daughter with autism.