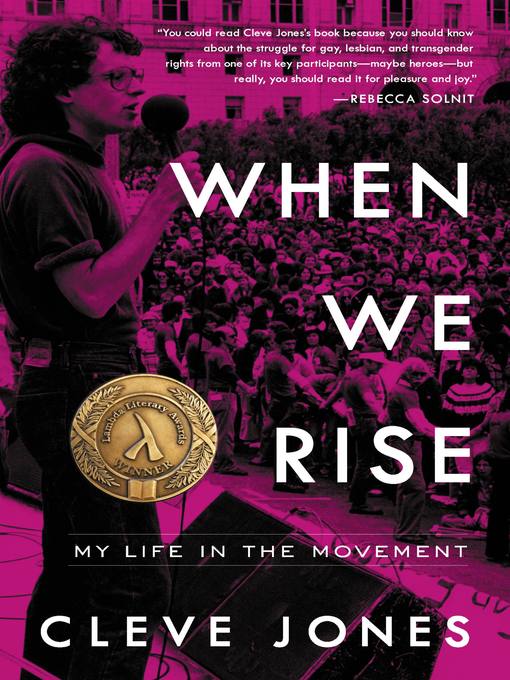 Born in 1954, Cleve Jones was among the last generation of gay Americans who grew up wondering if there were others out there like himself. There were. Like thousands of other young people, Jones, nearly penniless, was drawn in the early 1970s to San Francisco, a city electrified by progressive politics and sexual freedom.

By turns tender and uproarious–and written entirely in his own words–When We Rise is Jones’ account of his remarkable life. He chronicles the heartbreak of losing countless friends to AIDS, which very nearly killed him, too; his co-founding of the San Francisco AIDS Foundation during the terrifying early years of the epidemic; his conception of the AIDS Memorial Quilt, the largest community art project in history; the bewitching story of 1970s San Francisco and the magnetic spell it cast for thousands of young gay people and other misfits; and the harrowing, sexy, and sometimes hilarious stories of Cleve’s passionate relationships with friends and lovers during an era defined by both unprecedented freedom and possibility, and prejudice and violence alike.

When We Rise is not only the story of a hero to the LQBTQ community, but the vibrantly voice memoir of a full and transformative American life–an activist whose work continues today.