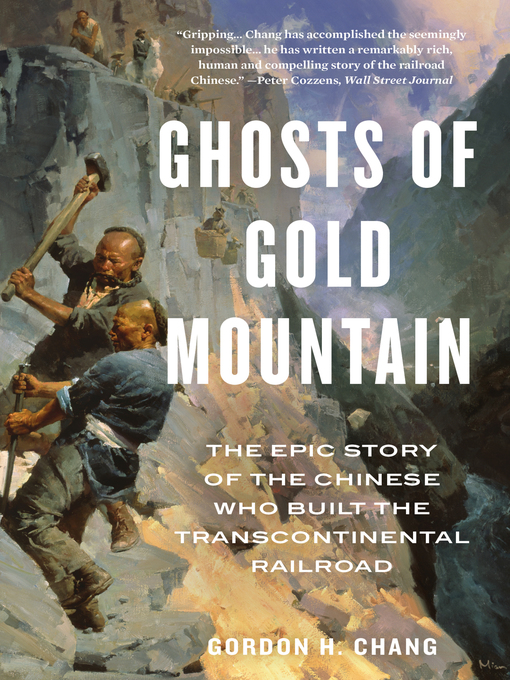 A history of the Chinese workers who built the Transcontinental Railroad, helping to forge modern America only to disappear into the shadows of history until now.

From across the sea, they came by the thousands, escaping war and poverty in southern China to seek their fortunes in America. Converging on the enormous western worksite of the Transcontinental Railroad, the migrants spent years dynamiting tunnels through the snow-packed cliffs of the Sierra Nevada and laying tracks across the burning Utah desert. Their sweat and blood fueled the ascent of an interlinked, industrial United States. But those of them who survived this perilous effort would suffer a different kind of death—a historical one, as they were pushed first to the margins of American life and then to the fringes of public memory.

In this account, Gordon H. Chang draws on unprecedented research to recover the Chinese railroad workers’ stories and celebrate their role in remaking America.