Book Buzz TitlesAnd If I Perish 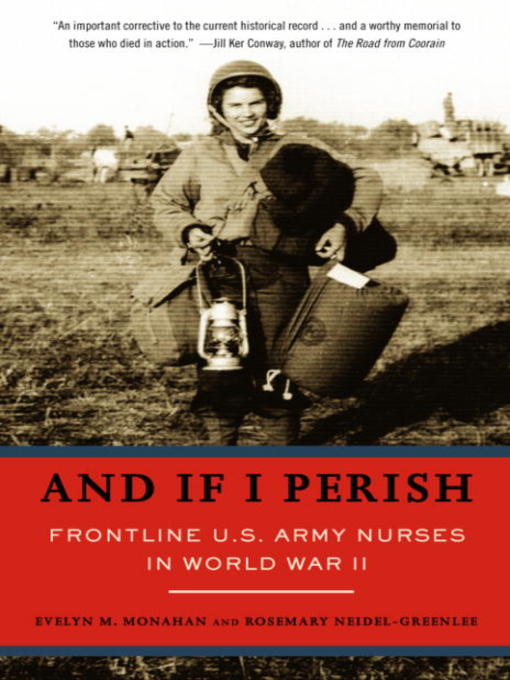 In World War II, 59,000 women voluntarily risked their lives for their country as U.S. Army nurses. When the war began, some of them had so little idea of what to expect that they packed party dresses; but the reality of service quickly caught up with them, whether they waded through the water in the historic landings on North African and Normandy beaches, or worked around the clock in hospital tents on the Italian front as bombs fell all around them.

For more than half a century these women’s experiences remained untold, almost without reference in books, historical societies, or military archives. After years of reasearch and hundreds of hours of interviews, Evelyn M. Monahan and Rosemary Neidel-Greenlee have created a dramatic narrative that at last brings to light the critical role that women played throughout the war. From the North African and Italian Campaigns to the Liberation of France and the Conquest of Germany, U.S. Army nurses rose to the demands of war on the frontlines with grit, humor, and great heroism. A long overdue work of history, And If I Perish is also a powerful tribute to these women and their inspiring legacy.