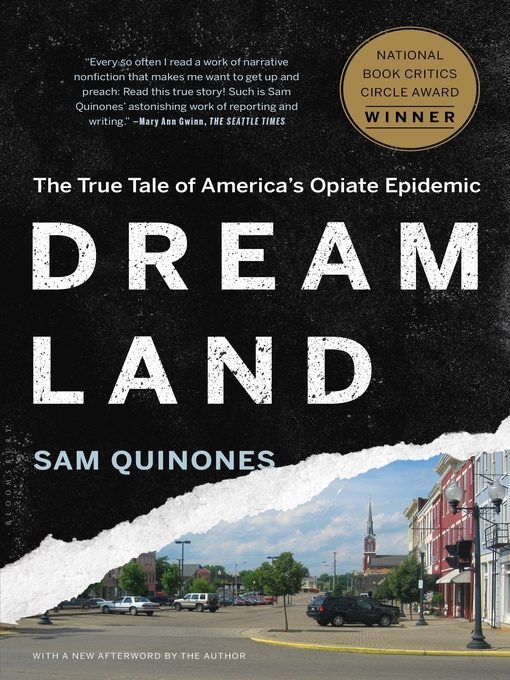 In fascinating detail, Sam Quinones chronicles how, over the past 15 years, enterprising sugar cane farmers in a small county on the west coast of Mexico created a unique distribution system that brought black tar heroin—the cheapest, most addictive form of the opiate, 2 to 3 times purer than its white powder cousin—to the veins of people across the United States. Communities where heroin had never been seen before—from Charlotte, NC and Huntington, WVA, to Salt Lake City and Portland, OR—were overrun with it. Local police and residents were stunned. How could heroin, long considered a drug found only in the dense, urban environments along the East Coast, and trafficked into the United States by enormous Colombian drug cartels, be so incredibly ubiquitous in the American heartland? Who was bringing it here, and perhaps more importantly, why were so many townspeople suddenly eager for the comparatively cheap high it offered?

With the same dramatic drive of El Narco and Methland, Sam Quinones weaves together two classic tales of American capitalism: The stories of young men in Mexico, independent of the drug cartels, in search of their own American Dream via the fast and enormous profits of trafficking cheap black-tar heroin to America’s rural and suburban addicts; and that of Purdue Pharma in Stamford, Connecticut, determined to corner the market on pain with its new and expensive miracle drug, Oxycontin; extremely addictive in its own right. Quinones illuminates just how these two stories fit together as cause and effect: hooked on costly Oxycontin, American addicts were lured to much cheaper black tar heroin and its powerful and dangerous long-lasting high. Embroiled alongside the suppliers and buyers are DEA agents, local, small-town sheriffs, and the US attorney from eastern Virginia whose case against Purdue Pharma and Oxycontin made him an enemy of the Bush-era Justice Department, ultimately stalling and destroying his career in public service.

Dreamland is a scathing and incendiary account of drug culture and addiction spreading to every part of the American landscape.