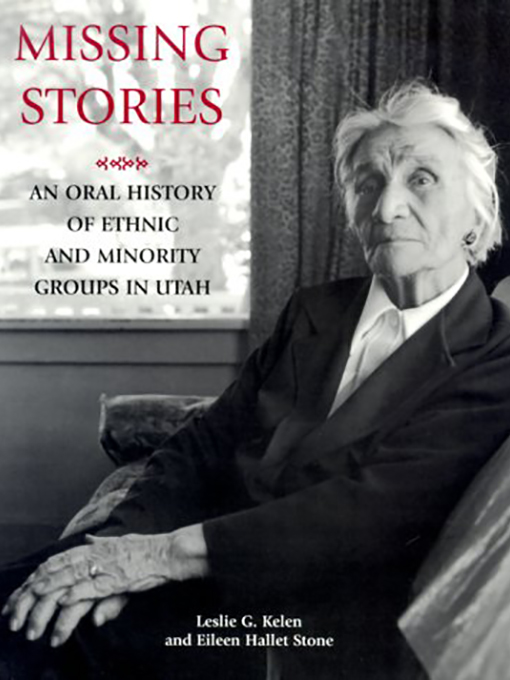 Utah’s ethnic diversity is often overlooked. In a society sometimes presumed to be homogeneous, there is a danger that the varied experiences of its members will be lost to history. Missing Stories effectively counters such misconceptions and explores the rich history of ethnic and minority groups in the state. Several representatives from each of eight such groups tell in their own voices stories of themselves, their families, and their communities. The groups represented are Utes, African-Americans, Jews, Chinese, Italians, Japanese, Greeks, and Hispanics.