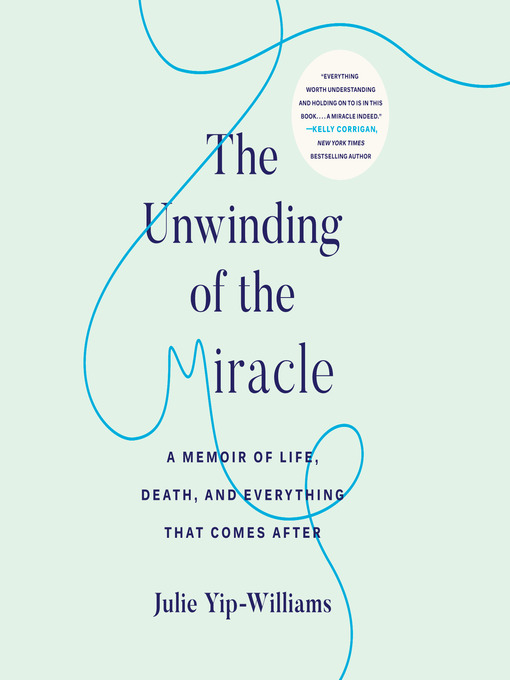 As a young mother facing a terminal diagnosis, Julie Yip-Williams began to write her story, a story like no other. What began as the chronicle of an imminent and early death became something much more–a powerful exhortation to the living.

That Julie Yip-Williams survived infancy was a miracle. Born blind in Vietnam, she narrowly escaped euthanasia at the hands of her grandmother, only to flee with her family the political upheaval of her country in the late 1970s. Loaded into a rickety boat with three hundred other refugees, Julie made it to Hong Kong and, ultimately, America, where a surgeon at UCLA gave her partial sight. She would go on to become a Harvard-educated lawyer, with a husband, a family, and a life she had once assumed would be impossible. Then, at age thirty-seven, with two little girls at home, Julie was diagnosed with terminal metastatic colon cancer, and a different journey began.

The Unwinding of the Miracle is the story of a vigorous life refracted through the prism of imminent death. When she was first diagnosed, Julie Yip-Williams sought clarity and guidance through the experience and, finding none, began to write her way through it–a chronicle that grew beyond her imagining. Motherhood, marriage, the immigrant experience, ambition, love, wanderlust, tennis, fortune-tellers, grief, reincarnation, jealousy, comfort, pain, the marvel of the body in full rebellion–this book is as sprawling and majestic as the life it records. It is inspiring and instructive, delightful and shattering. It is a book of indelible moments, seared deep–an incomparable guide to living vividly by facing hard truths consciously.